In my previous article, I used LLMNR poisoning to gather credentials of a low-privilege user on the network. Now, I will attempt to escalate those privileges by exploiting a common… Read more Domain Penetration Testing: Privilege Escalation via Group Policy Preferences (GPP) →

Depending on the pentest given (whitebox/greybox/blackbox) you may or may not have a scope. For these examples, I’ll be under the assumption I have a scope from the customer for… Read more Domain Penetration Testing: Credential Harvesting via LLMNR Poisoning →

In my previous article I showed how to set up the Fuzzbunch framework. Now I’ll show how to use it to exploit a vulnerable target. What I’m using in this demo:… Read more Using ETERNALBLUE & DOUBLEPULSAR (Shadowbroker’s Dump/NSA Tools) → 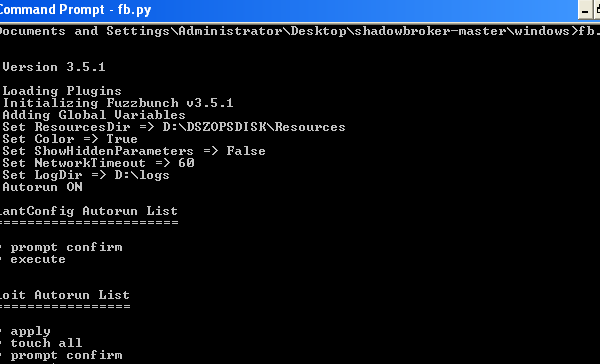 WannaCry was the hot topic of several months and it stemmed from the fact the Shadowbrokers uncovered some of the NSA’s tools, of which the Fuzzbunch exploit framework was discovered… Read more How to set up Fuzzbunch (Shadowbroker’s Dump/NSA Tools) →

How to get root privileges using dirtyc0w [the harder way]